Conan Exiles was released on May 08, 2018 and is no longer available to pre-order. There are different pre-order incentives for digital and retail versions of the game. 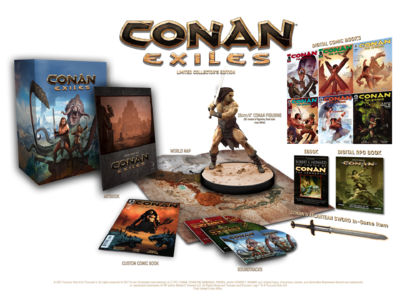 This has been discontinued and was replaced by the Deluxe Edition.