Gallaman's Tomb is a "Location" in Conan Exiles.

The tomb itself consists of two subterranean caverns filled with Crocodiles. The caves are a good source of Brimstone Ore. At the back of the last cavern is a door guarded by a Giant Crocodile. At this time, the door is not functional. The crocodile, however, drops the Jagged Scourgestone Piece.

Gallaman's tomb is located just west of Cannibal's Rest, east of The Sentinels and north of "Newbie River".

The cave location is against the cliff side and a ghost can be seen walking towards the entrance to the cave.

Gallaman's Tomb and Sinner's Refuge are two rare locations that contain Brimstone and are very close together. 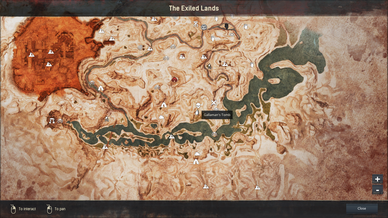 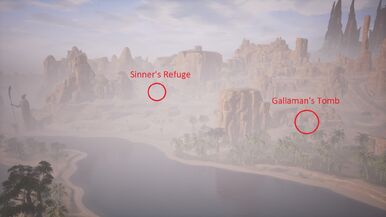 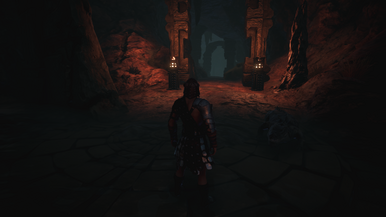 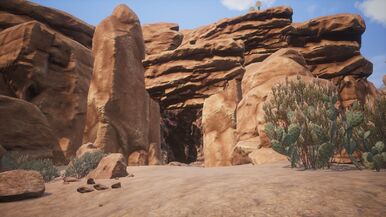 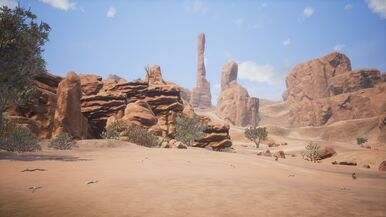 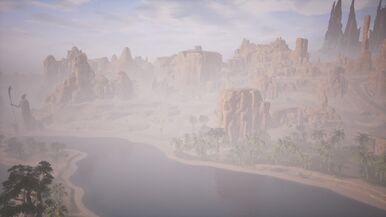 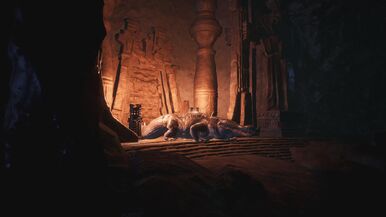