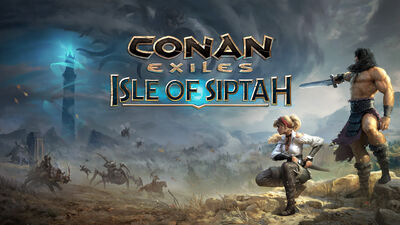 On September 3, 2020 the website was given a countdown with each day before the announcement having its own teaser image (or "seal"). In a PR release on the same day, it was also mentioned they would post teasers on Twitter daily.[16]

Dark clouds on the horizon.


Whispers of chaos and a demonic storm.
And in the vortex, The Black Tower seeks to dominate all life.

"On the shimmering threshold Conan stared like a wolf in strange surroundings, ready to fight or flee on the instant."

This is a quote from The Tower of the Elephant.

"In the citadel, in a chamber with a domed ceiling of carven jet, and the fretted arches of doorways glimmering with strange dark jewels, a strange conclave came to pass."

This is a quote from The Scarlet Citadel.

"I have heard tales of giant towers and walls glimpsed afar off by sailors who dared go part-way up the river."

This is a quote from Queen of the Black Coast.

"Do not speak of him!" she whispered. "Demons are often summoned by the sound of their names."

This is a quote from The Hour of the Dragon.

"Sunlight was finding its way somehow into the hall, and they quickly saw the source. High up in the vaulted ceiling skylights were set in slot-like openings -- translucent sheets of some crystalline substance"

This is a quote from Red Nails.

"Ah, that was a grim and secret war! Among the men of the Younger Earth stole the frightful monsters of the Elder Planet, safeguarded by their horrid wisdom and mysticisms, taking all forms and shapes, doing deeds of horror secretly. No man knew who was true man and who false. No man could trust any man."

"No man knew who was true man and who false. No man could trust any man."

This is a quote from The Shadow Kingdom (from the Kull short story collection). 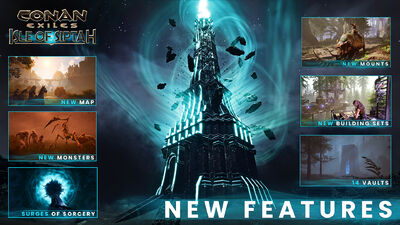