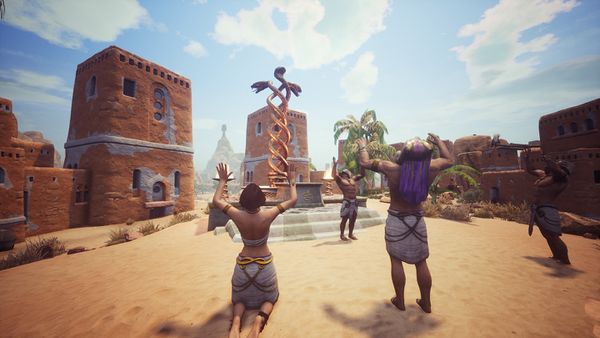 Relic Hunters are literally just that: a band of tomb raiders, plunderers, treasure seekers and daredevils scavenging the ancient ruins of the Exiled Lands.
They are among the oldest, most established and powerful human factions in the game and have a strong affiliation to Set, as indicated by the Set Priests found in Sepermeru.
The faction is comprised of Shemites, Stygians, Hyrkanians, Hyborians, Zamorians, Zingarans and Kushites.

The Relic Hunters terrorize the Exiled Lands in search of slaves and treasures, pillaging ruins, camps and hideouts. They tend to cover their faces with darkened silk, and wield many large pockets to store their loot. Others wear the insignia and robes of Set and perform grueling rituals on the steps of their temple, doubtlessly influenced by the nearby dead city of the Giant-Kings. Many of their members are also prepared to whip any fool they capture in the desert into submission, and intimidate them in the dressings of primitive slavemasters, barely covering their muscular, darkened skin.

They are amongst the toughest human enemies in the Exiled Lands, with 750 HP being on par with the late game faction in the Volcano. T4 named NPCs of this faction like Beli the Breaker or Inigo the Vengeful land at 825 HP. 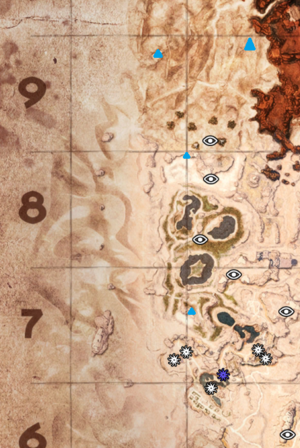 Spawns are depicted with blue triangles on the map.