Considered a good god, Mitra is worshipped throughout the Hyborian kings, replacing the worship of Bori from which those primitive tribes took their name.

Mitra's symbol is that of the phoenix, but when he is depicted it is in the form of a well built, bearded man. He abhors the bloody rituals of other religions and prefers for his followers to perform dignified, purification rituals.

Mitra's priests preach a monotheistic doctrine and as such their followers tend to persecute the members of other nearby religions. Due to this tendency, Chapels to Mitra cannot be built within a very long range of shrines to other gods.

(Upgrades to Sanctuary of Mitra)

Repairing Shrine of Mitra requires up to: 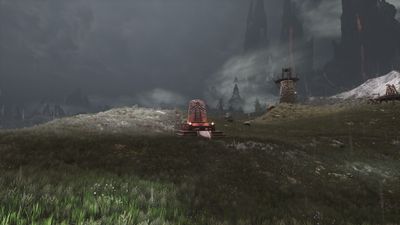