This ore, fallen from the sky, is a gift from the firmament. Put it to your ear and it practically hums with cosmic secrets like the ocean in a seashell. 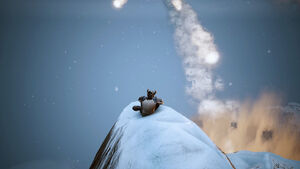 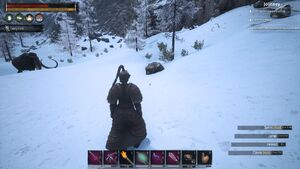 A meteorite as seen once landed.

Star Metal Ore can be harvested from meteorites, which will fall in the western region of the Snow biome, just north of the Mounds of the Dead. Cimmerians nearby hint at this, as they use star metal weapons.[1] You will see them trail across the sky, and hear their explosive boom as they crash land on the mountain ridges.[2] Meteors will destroy player-built structures and kill creatures. 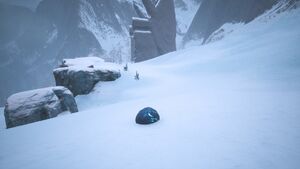