Techtosa's Journals is a series of papers in Conan Exiles. They can be found throughout the Temple Quarter of Sepermeru. They appear to be journals that are left behind by Techtosa, a slaver attempting to convert the inhabitants of the southern Exiled Lands. There are a series of 8 journals in total, each teaching you a different emote. 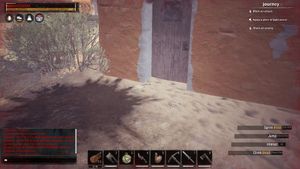 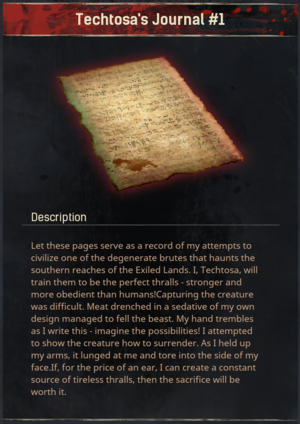 Let these page serve as a record of my attempts to civilize one of the degenerate brutes that haunts the southern reaches of the Exiled Lands. I, Techtosa, will train them to be perfect thralls - stronger and more obedient than humans!Capturing the creature was difficult. Meat drenched in a sedative of my own design managed to fell the beast. My hand trembles as I write this - imagine the possibilities! I attempted to show the creature how to surrender. As I held up my hands, it lunged at me and tore into the side of my face.If, for the price of an ear, I can create a constant source of tireless thralls, then the sacrifice will be worth it. 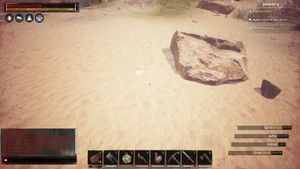 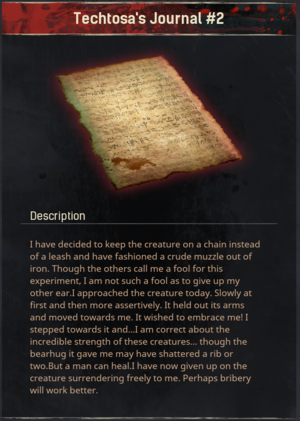 I have decided to keep the creature on a chain instead of a leash and have fashioned a crude muzzle made of iron. Though the others call me a fool for this experiment, I am not such a fool as to give up my other ear.I approached the creature today. Slowly at first and then more assertively. It held out his arms and moved towards me. It wished to embrace me! I stepped towards it and...I am correct about the incredible strength of these creatures... though the bearhug it gave me may have shattered a rib or two.But a man can heal.I have now given up on the creature surrendering freely to me. Perhaps bribery will work better. 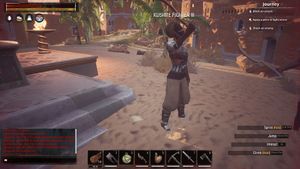 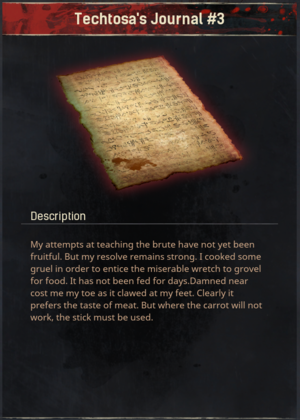 My attempts at teaching the brute have been less than fruitful. But my resolve remains strong. I cooked some gruel in order to entice the miserable wretch to grovel for food. It has not been fed for days.Damned near cost me my toe as it clawed at my feet. Clearly it prefers the taste of meat. But where the carrot will not work, the stick must be used. 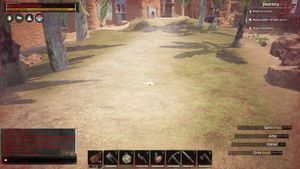 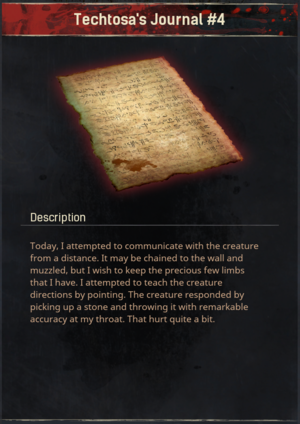 Today, I attempted to communicate with the creature from a distance. It may be chained to the wall and muzzled, but I wish to keep the few precious limbs that I have. I attempted to teach the creature directions by pointing. The creature responding by picking up a stone and throwing it with remarkable accuracy at my throat. That hurt quite a bit. 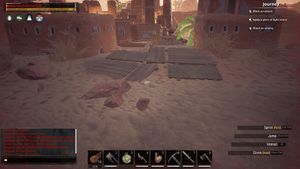 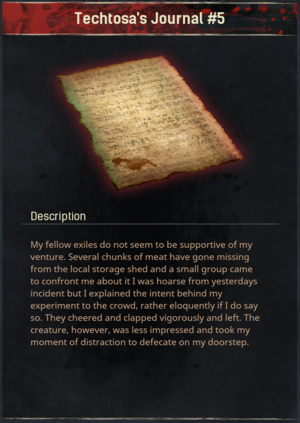 My fellow exiles do not seem supportive of my venture. Several chunks of meat have gone missing from the local storage shed and a small group came to confront me about it I was hoarse from yesterdays incident but I explained the intent behind my experiment to the crowd, rather eloquently if I do say so. They cheered and clapped vigorously and left. The creature, however, was less impressed and took my moment of distraction to defecate on my doorstep. 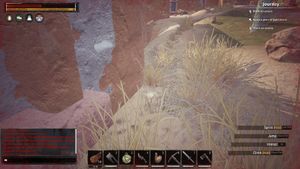 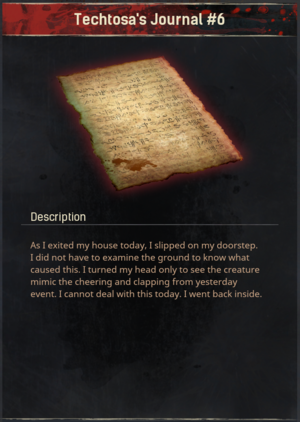 As I exited my house today, I slipped on my doorstep. I did not have to examine the ground to know what caused this. I turned my head only to see the creature mimic cheering and clapping from yesterday event. I cannot deal with this today. I went back inside. 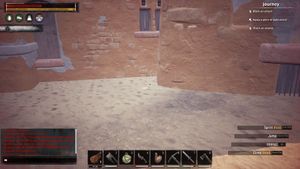 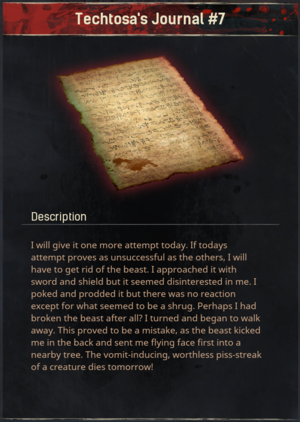 I will give it one more attempt today. If todays attempt proves as unsuccessful as the others, I will have to get rid of the beast. I approached it with sword and shield but it seemed disinterested in me. I poked and prodded it but there was no reaction except for what seemed to be a shrug. Perhaps I had broken the beast after all? I turned and began to walk away. This proved to be a mistake, as the beast kicked me in the back and sent me flying face first into a nearby tree. The vomit-inducing, worthless piss-streak of a creature dies tomorrow! 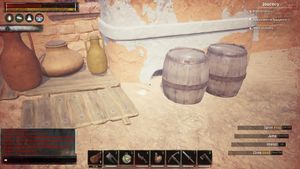 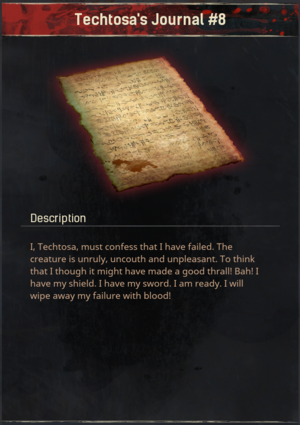 I, Techtosa, must confess that I have failed. The creature is unruly, uncouth and unpleasant. To think that I though it might have mad ea good thrall! Bah! I have my shield. I have my sword. I am ready. I will wipe away my failure with blood!