The Surge is a gameplay mechanic.

Wild Surges are only on the Isle of Siptah and appear at random locations from a fixed set. Portals open periodically until the server setting maximum is reached.

When entering the area, one can see the portal above and Tier I (plentiful) through Tier III (rare) will fall to the ground, available to be killed or knocked unconscious. Once three sets of thralls have been disposed of, the portal closes and another one opens at a different location if the maximum number of wild surges has been reached (server setting).

The sets are comprised of 1, then 2, then 5 thralls unless they are Darfari, which fall in twos, each for a total of 6 thralls. The falls are immediate; once each fall is killed or knocked unconscious, the next fall occurs.

This is the primary source of thralls while leveling to the point that you are ready for a Leyshrine Surge. It can also be a source of loot that cannot be obtained without running dungeons.

The location of each Wild Surge is randomly chosen from the set depicted in the map below. The

crossed swords indicate every potential Wild Surge spawnpoint. When hearing three loud booms, a portal has opened and the location can be seen on the map as the first marker shown on the right. Also shown on the right is the marker for the 5 Leyshrines. Portals can open during a storm, but will never be inside the storm.

Some locations are dangerous and when the first fall happens, the thrall may run off and attempt to kill a nearby boss. Caution is advised. 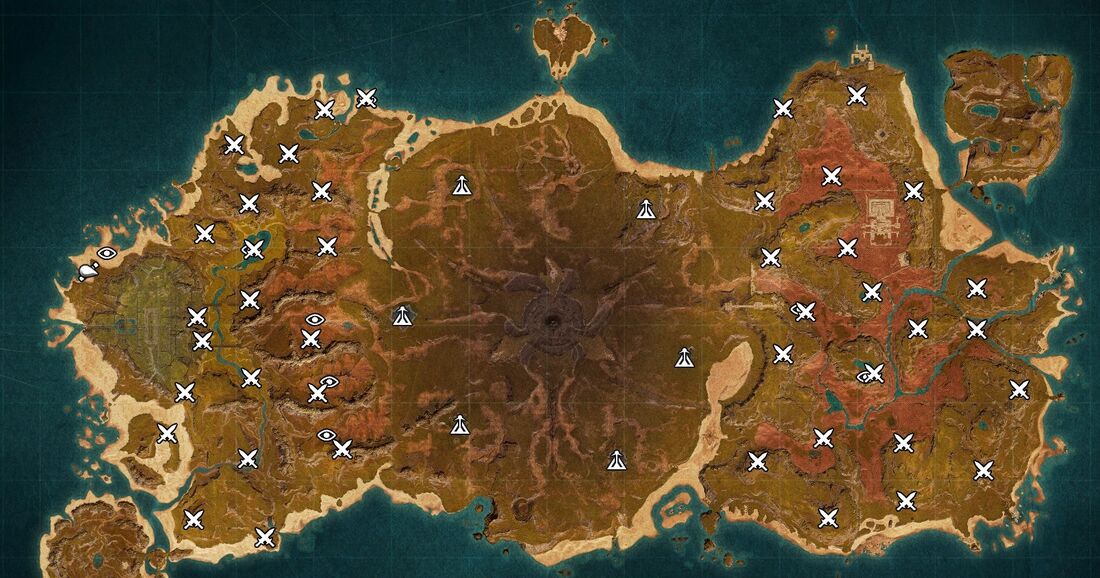