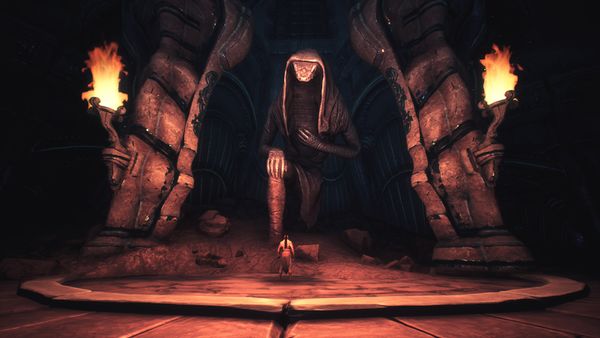 The Votaries of Skelos are a group that believes they have stumbled upon the legendary Well of Skelos, right in the midst of the Exiled Lands. They devote their time to listening for whispers from the well, in an attempt to further their sorcerous knowledge. Lead by the eponymous Vathis, they dedicate their life to studying the Book of Skelos and guard the well, populated by the last of the serpent-man, with their life. Clad in reptile skin and black, ashen robes in an attempt to cover themselves from the searing heat of the environment, these acolyte-warriors are steeled and await any fool, who happen to find his or her way onto their sacred ground, with their weapons forged from sharp, volcanic glass.

Enemy NPCs of Skelos generally have 750 HP (T4 have 825 e.g. Risa the Brutal), making them the toughest human faction on par with Relic Hunters.

Thralls from this faction are the second strongest in terms of health, surpassed only in terms of T4 and only by Relic Hunters.

This faction is spread all across the Volcano and in between several landmarks. Individual groups are hard to pin down apart from coordinates, since they usually fill the passages from one landmark to another. Some groups are passive, but can be turned hostile when attacked by beasts or when beasts belonging to them attack the player.
Their highest concentration can be found at The Well of Skelos, in and around Shrine of the Oracle as well as Terrace of the Tenders. 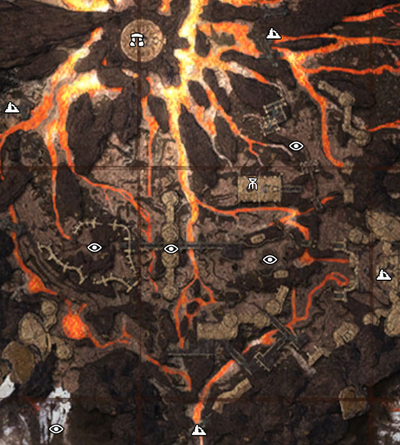 
Votaries of Skelos has a far above-average spawn rate for named T4 Fighters and Archers, which might be subject to change.